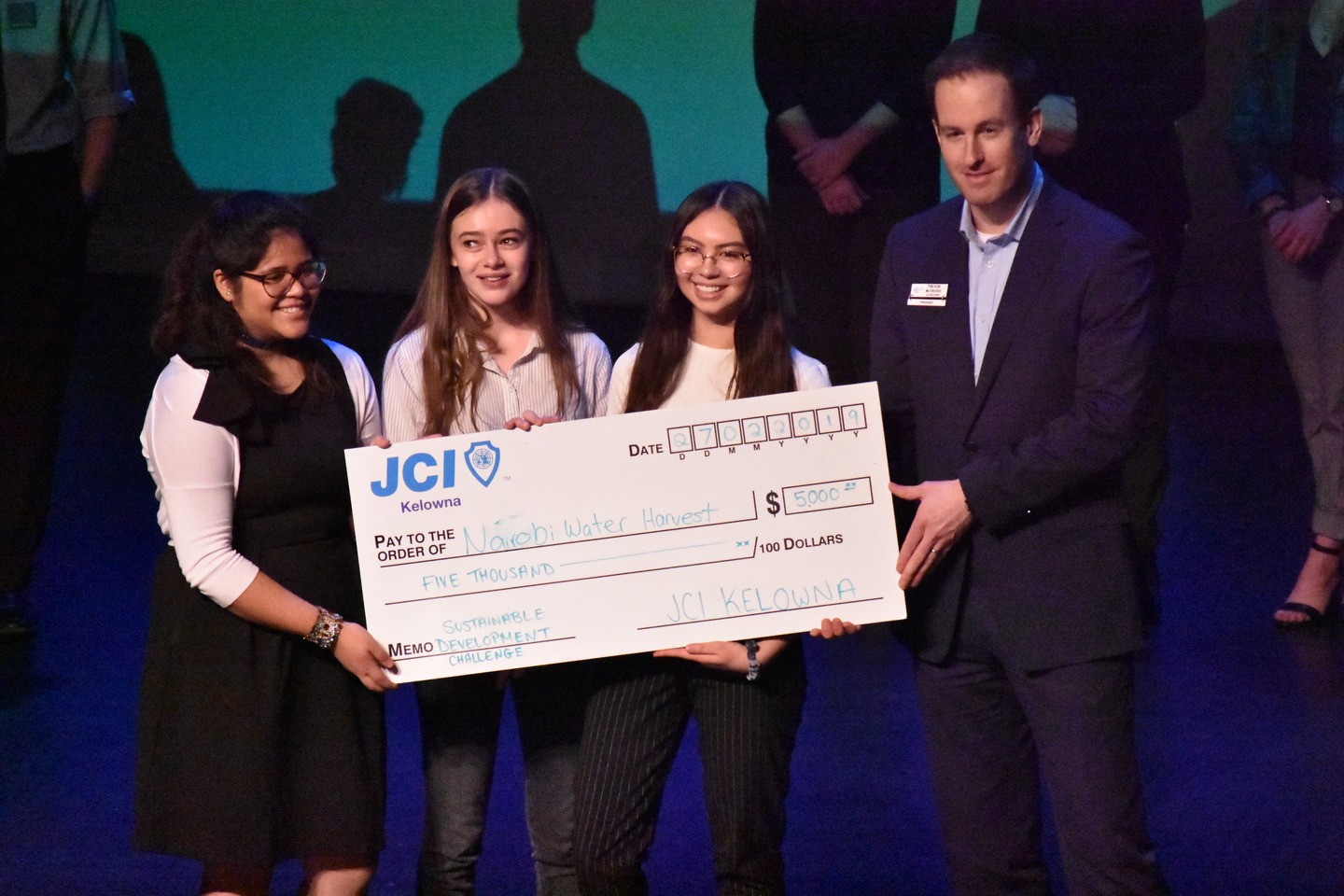 On February 27th, 2019 Angelee Dofeliz, Julia Stevenson and Melanie Ramos alongside other Immaculata students took part in the Sustainable Development Challenge, presented by JCI Kelowna. The Nairobi Water Harvest team have been continuously working on their project behind the scenes after winning $5000. “We have been inspired by our community and the mentors we have met throughout the entire process. This could only be possible with the kind hearts of other people who have given up their time to support us”, Julia mentioned. They have been working closely with Gil Drakeford-Lewis, the community outreach coordinator for Hope for the Nations. 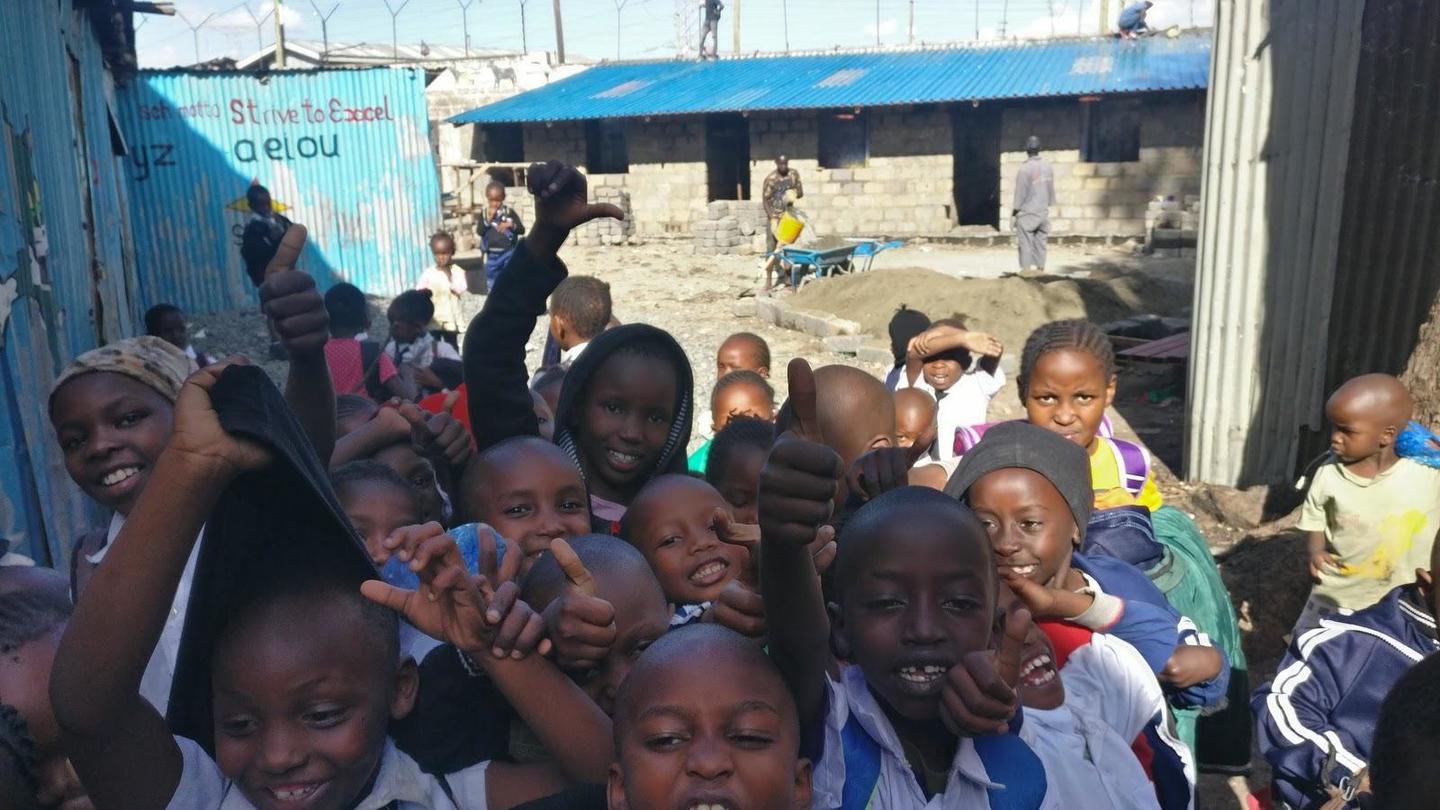 Gill received receipts from Kenya for the City Water license, and the Co-op after the permits were approved in early April. Later that month, Gill gave Bill Hebner the filters to bring to Nairobi. Bill has an alternative building company, where he uses old shipping containers to build housing and schools. He took a team of two other engineers with him, where they installed two 10000L water tanks and piping connected to the Nairobi water mains. To further ensure sustainability the team has taught the teacher's how to use and clean the filters."Water sickness is probably a thing of the past,” Bill said.

Before the project was implemented, water was purchased from unreliable vendors. In desperate times the staff had to fetch water from two to three kilometres away.

Alongside fresh water, the students also received new uniforms after a school in Manitoba fundraised for them after learning about the project. A beautiful poem was written by the students detailing their emotions towards the uniforms: 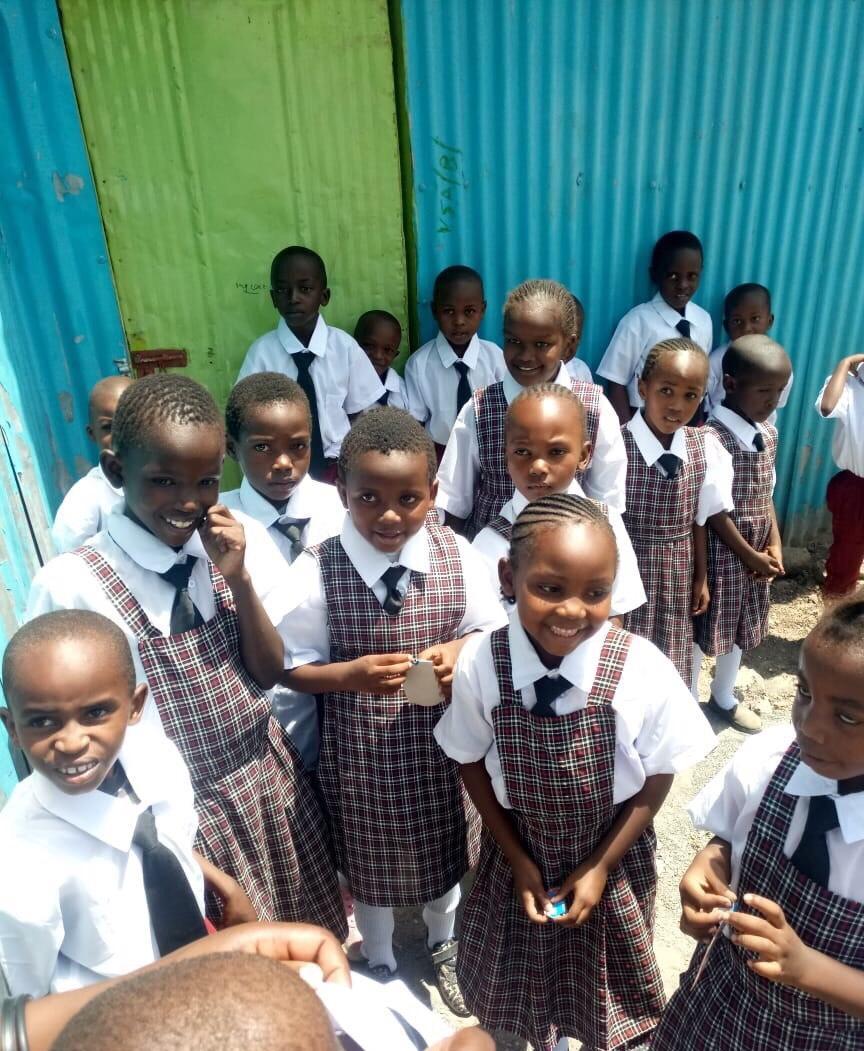 "I live in the slums of Nairobi.
I came to HOPE Gateway School in rags
My mind is strong but my worth was weak
I lived like a beggar, I felt like a beggar.
Then one day Elizabeth[school Administrator] brought us uniforms.
She said generous students in Canada raised the money.
Students my age in another country cared about me!
KSH 1,200 changed my life, it made me so proud!"

In addition, a library was constructed and three new classrooms were roofed on May 10th, thanks to an anonymous donor.

Angelee stated, “Just by spreading awareness through our platforms and events we attended this "water project" has become more than just about water. It’s important that stories of people across the world are told and heard. I’m grateful I have the opportunity to stress the need for clean water at not only the Hope Gateway School, but everywhere. Everyone should take on the responsibility to discover something they care about and strive to find a solution.” 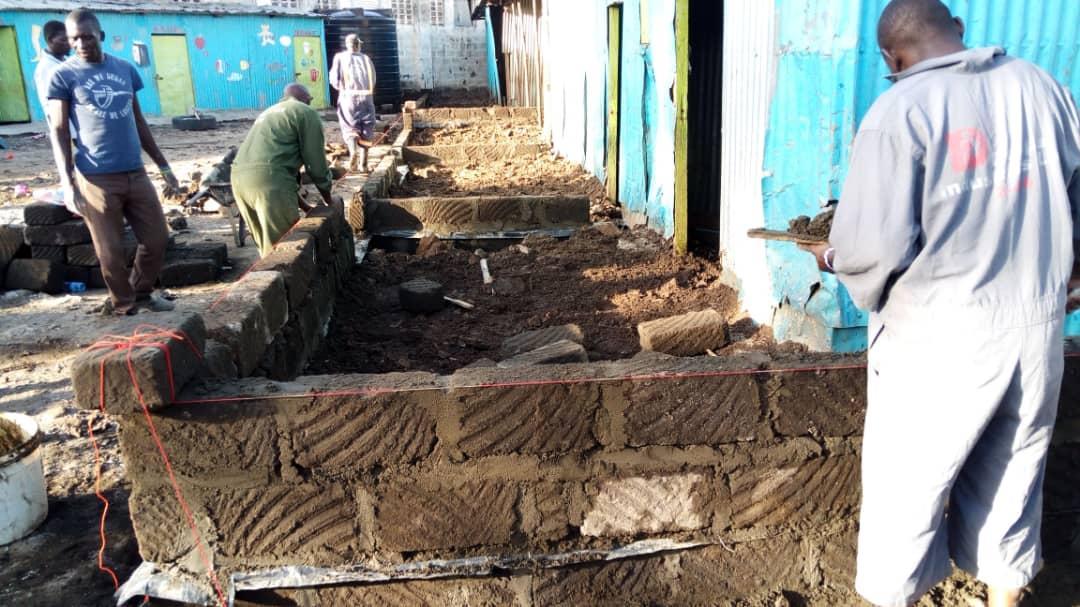 Currently, the school is continuing to undergo renovations. The last phase of the project will be installing the gutters for the rainwater harvesting system.

Illnesses due to contaminated water is one of the largest causes in school absences. Ensuring that clean water is available on school grounds helps children, specifically girls to receive a quality education by not having the burden to retrieve water. Melanie said, “As a team we're dedicated to continue to be involved within our community by taking action, volunteering or raising awareness, no matter the issue. The impact alone everyone has made was much greater than ever expected.”