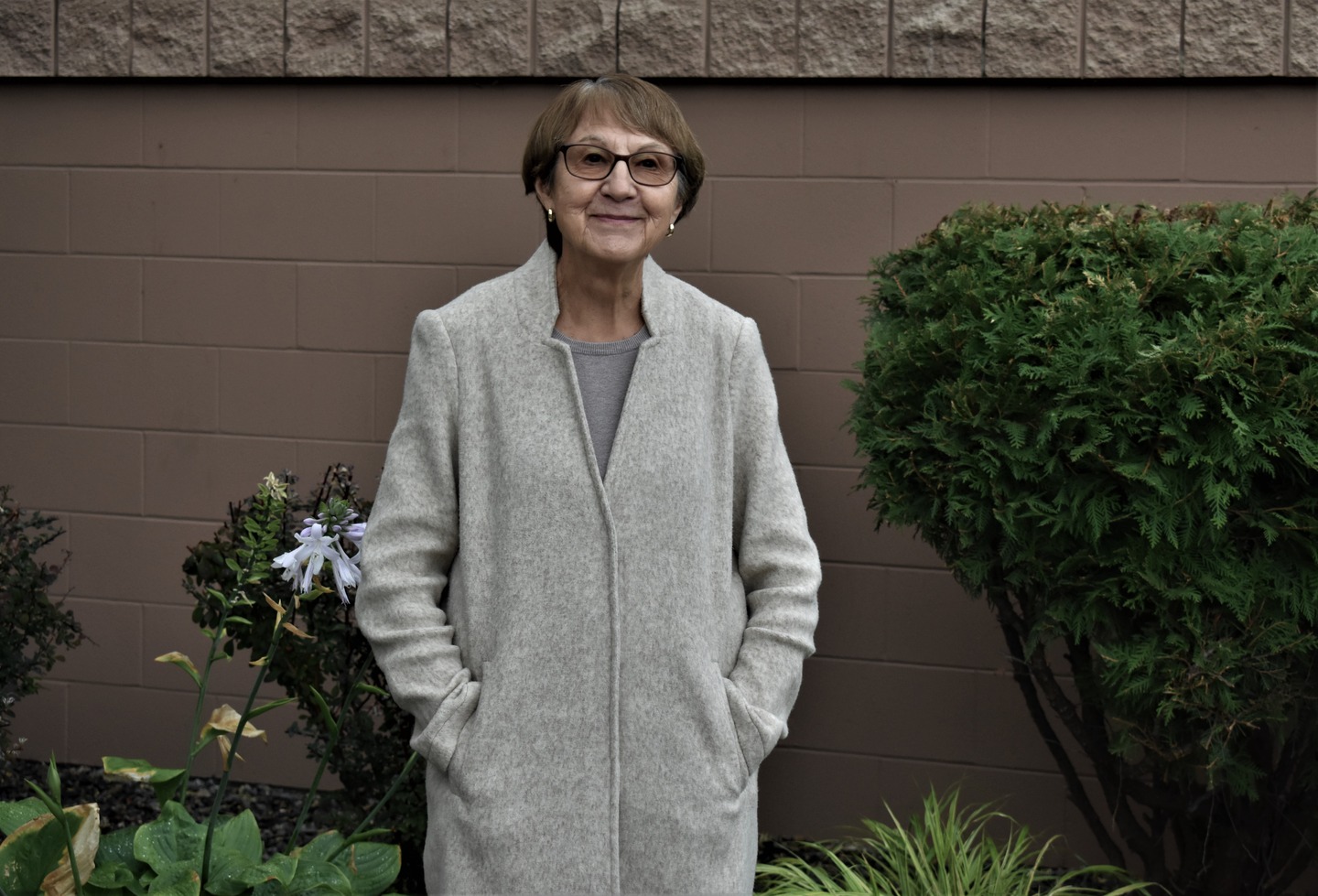 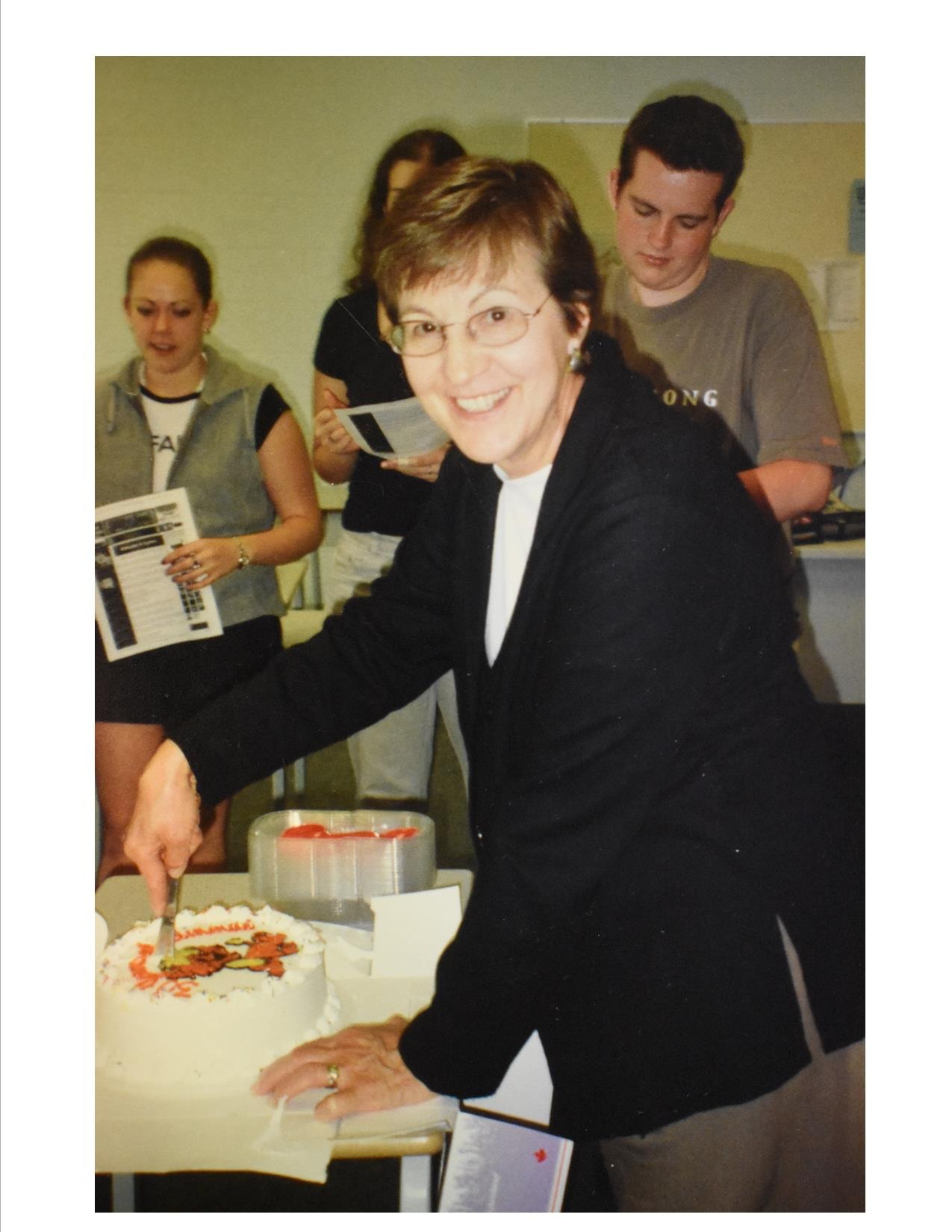 Fran Hooker taught at Immaculata from 1972-1974 and 1975-2009. She taught several members of our current staff including Mr. Plaxton, Mrs. Vos, and Mrs. Drebit. While her time at Immac was long, her path to get here was anything but straight!

Fran was born in Lashburne, SK and lived in Marshall, SK, Kinistino, SK, and Prince Albert, SK – where she attended high school.  It was when she was 15 that she joined the religious order “Presentation of Mary” where she became a nun and remained with the order until she was 30. Presentation of Mary was a French speaking order who taught at various schools in Manitoba and Saskatchewan. Fran quickly learned how to understand and speak French and attended University of Manitoba and Tuxedo Teachers College. In full habit, Fran learned to live a life of prayer and built spiritual connections that she claims formed her to be who she is today.

In 1970, Fran felt the call to leave the Sisterhood and finished up the school year in Birtle, MB. She figured that since she was 30 years old, she wouldn’t end up marrying, but would enjoy travelling the world and being “foot loose and fancy free”. Before starting her adventures, her mom convinced her to visit her brother in Kelowna. It was that summer of 1970 that she met her brother’s neighbour, Robert Hooker. They married in 1971 and began their adventure in Kelowna together!

Fran became a substitute teacher for School District 23 and worked part-time at KLO Middle School before starting at Immaculata in 1972. At that time, all female teachers had to wear skirts or dresses. Only the men were allowed to wear pants. She taught mostly English, Social Studies, and History. Sometimes she taught Religious Studies, French and Home Economics. One time she had to teach Grade 11 Math – which she found very scary. At one point, Fran was the Vice Principal and at another time, she was the School Counsellor.

“Mrs. Hooker was ahead of her time as a school counsellor. She sat in the counselling office, with her cup of tea, and could diffuse any explosive situation with her calm and patient demeanor.” Mr. Drosdovech

Fran was also the teacher sponsor of several athletic teams and the Student’s Council. She was known for her precise pronunciation, gentle voice and the way she cared for all of her students.

“Fran was a fantastic mentor and guide to me as a rookie teacher in 1982. I knew I could always count on her for advice. In my mind, she was a master teacher who was loved and respected by her students. I know that I became a better teacher because of Fran’s influence and friendship.” Mr. Kevin Judd 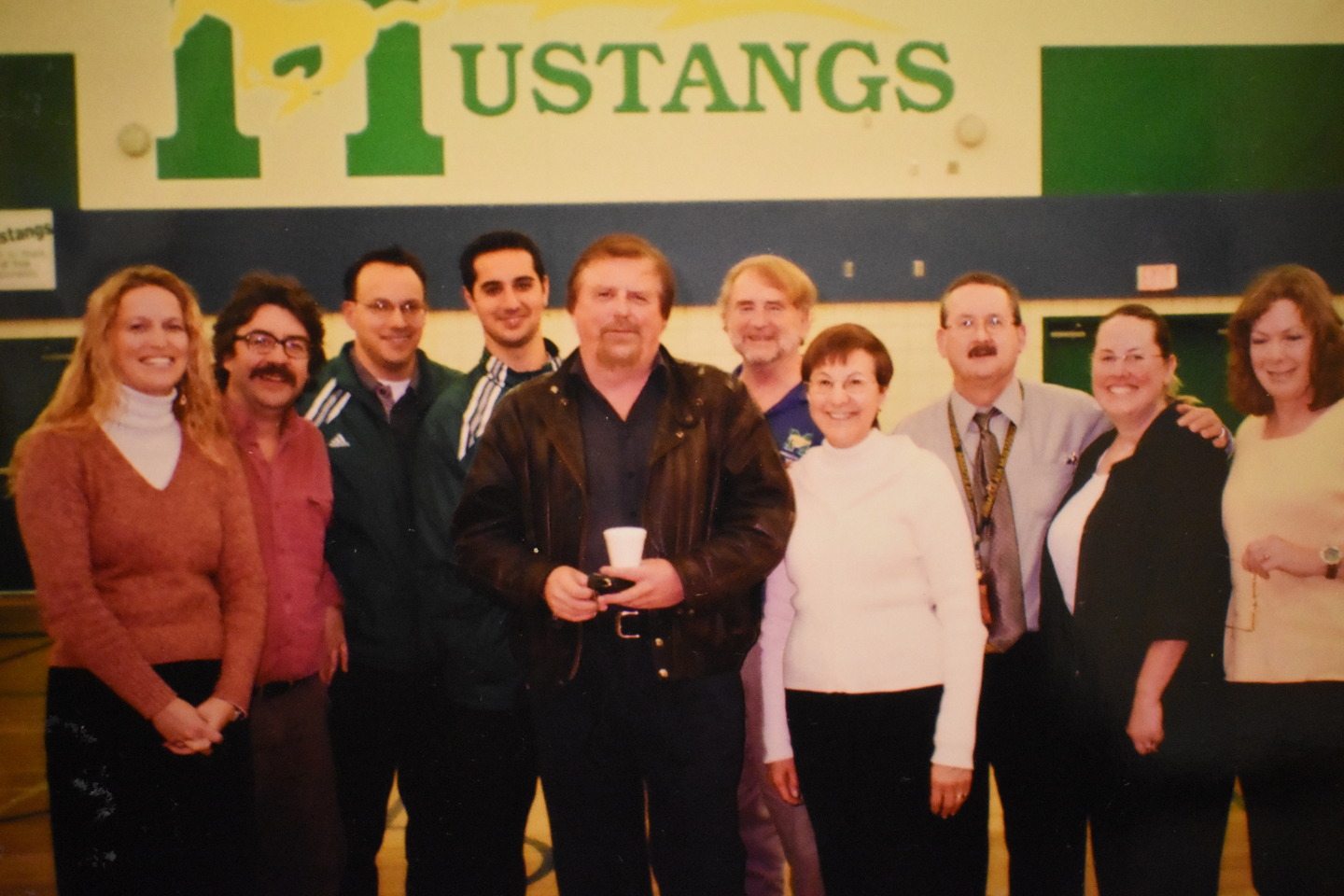 Fran cherished being able to work in a faith community and meeting so many people over the years. She recalls several highlights including the 20-Hour Fast fundraiser for St. Vincent de Paul. Originally, the planners expected 20 participants but they ended up with over 100! They didn’t have enough chaperones – but they raised between $4,000 - $5000 and ended up running the 20 hour fast for the next 9 or 10 years. It was a tremendous success! She also remembers her home ec class having a lot of fun making lunches for the teachers.

“The first day I started at Immaculata I remember going into the lunch room and being greeted with a hug and told by her “I am so happy you are working at Immaculata”. That is the best welcome I have ever had! Fran is a gem!” Mrs. Paula Despins

In 2009, when Fran retired from Immaculata, she was so proud and honoured to have her jersey hoisted to the rafters in the gym. To this day, she enjoys meeting former students as adults and learning about what they’re doing. She’s always pleased to hear about the “marvellous” things her former students are doing all over the world and seeing that the service focus they learned at Immaculata has stayed with them.

In 2016, Fran lost her beloved husband. Their daughter, Nicole, lives in Coquitlam with her husband and Fran’s two grandchildren, Samantha and Nicholas. Nicole loves working as a CEA and helping her students be successful! The tradition continues!

1n 2018, Fran was instrumental in planning the Blast from the Past reunion. She found the experience to be rewarding and a lot of fun. They had about 300 people participate in the various events and share their stories of their time at Immaculata. In conjunction with the reunion, the Alumni Association and Endowment Fund were established. 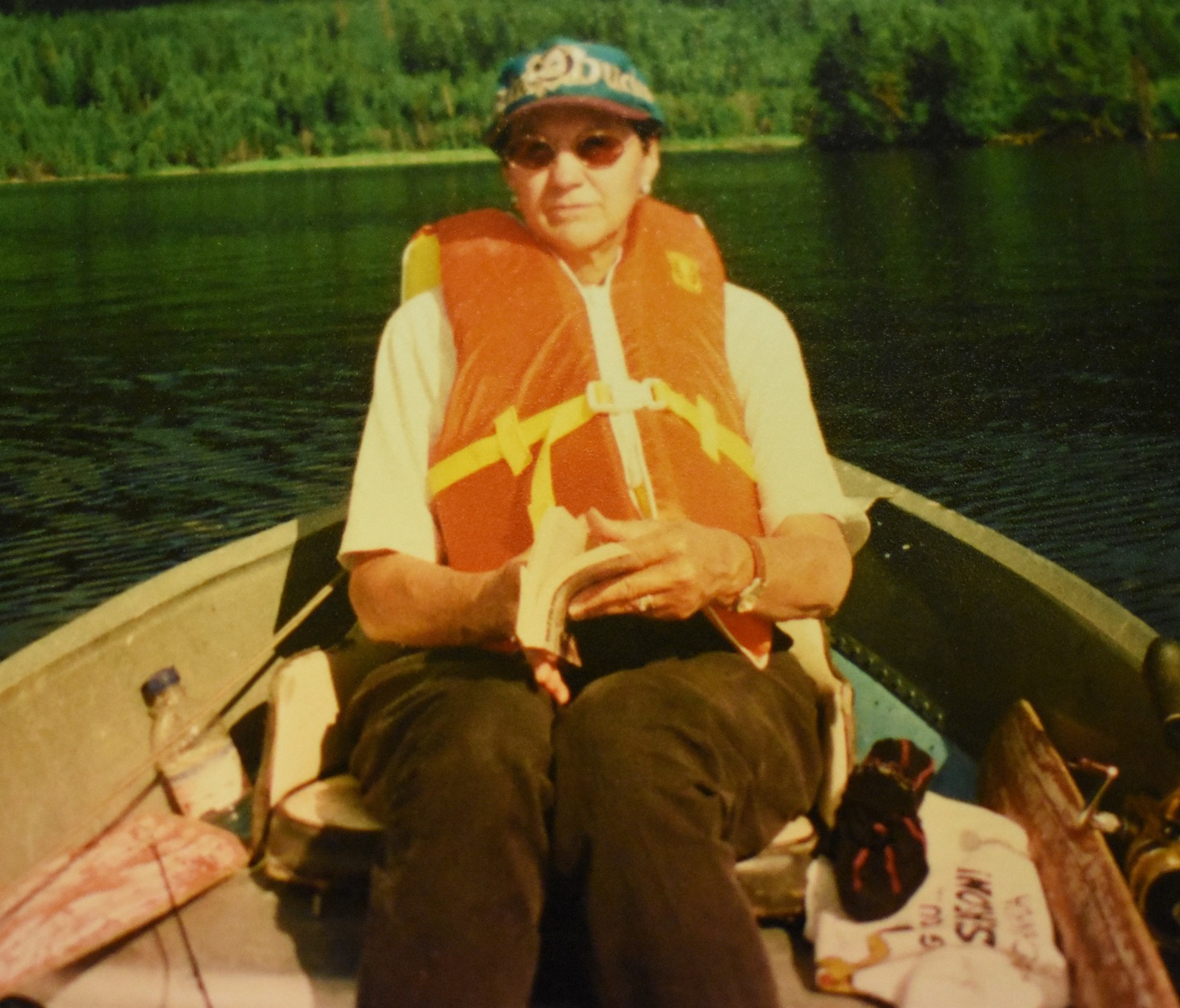 In her retirement, Fran has kept busy and maintained her focus on service. For five years, she helped at Hospice doing bedside vigils. She says she learned a lot about living and dying and what’s most important. She has done hospital visits for St. Charles and Corpus Christie. She tended the rose garden at St. Charles for 9-10 years and nicknamed it her “wellness garden”. She worked for Statistics Canada for one summer to help with the census and met some interesting characters along the way. She loves reading and loves to have the time to read! She is also learning to play the piano.  She currently sits as the Education Chair on the Immaculata School Council.

According to Fran, we are all long time students. She recalls learning a lot from her students with their questions, their ideas, and their struggles. Her advice for current students is to be open to all that the school can teach and to search out what’s available.

“In the classroom, Fran was incredibly organized. She had lines on the floor in room 2 where every desk had to go so that they were perfectly lined up. She taught her students so much and their writing always improved dramatically throughout the year. Fran also had a very strong prayer life. During our morning staff prayers she would often talk about prayer chains, and the power of prayer. Fran spoke softly, and did not speak often. But when she spoke she commanded the room. Everyone had so much respect for her and for her point of view in everything.”  Mr. Paul Freire