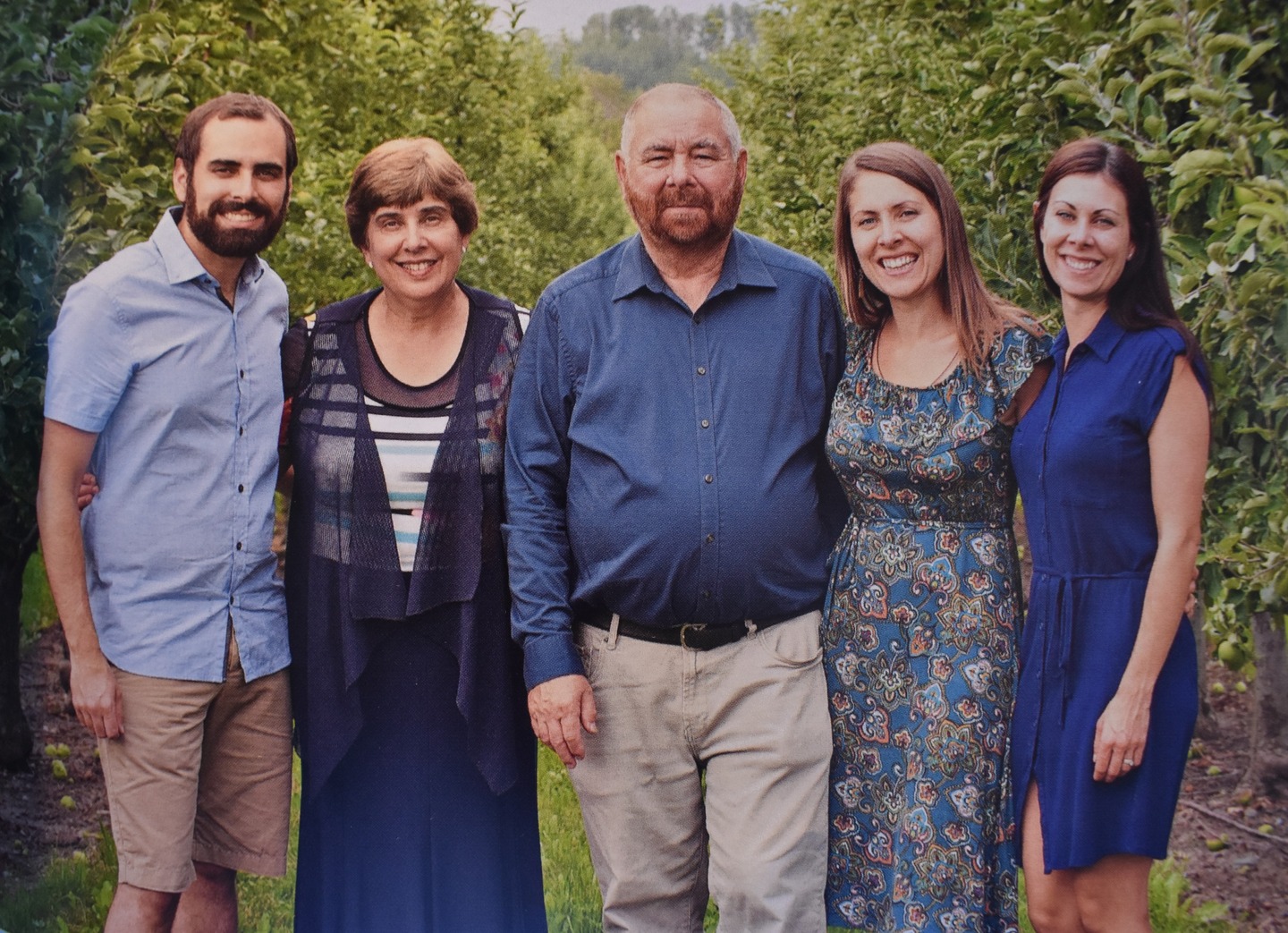 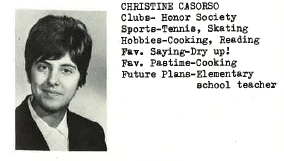 It was in 1884, after two years of working at the Immaculate Conception Mission Ranch, that Giovanni Casorso sent for his wife in Italy to come to Canada to meet him. Rosa Casorso boarded a ship in Italy and was told that the large crate on board, containing a bell, was going to the same place she was headed. “Stay with the bell”, were her instructions. She spoke no English and only had the name “Okanagan Mission” on a piece of paper to help her get to her destination. Along with her three young children, they made their way across the Atlantic Ocean, along the south cape of South America and finally to British Columbia. Finally, on land, over the next two weeks, the young mother and her children, travelled with the crated bell into the interior, to be reunited with her husband. Giovanni preemted his land east of Mission Creek in 1884 and continued to work at the Mission until he established his own farm. Giovanni and Rosa went onto have six more children, including Louis, father of August Casorso.

If we fast forward many years, we come to Christine (Chris) Casorso who was the third of seven children born to August Casorso and Muriel, a war bride from England.  Chris grew up working hard alongside her family in their orchards and farm. The Casorso children were raised to be good Catholics – but never in a heavy handed manner. They witnessed strong examples from their parents who often helped the priests and nuns. Her father, August, never missed Mass – even while flying with the Royal Air Force, during the war.

Chris and her siblings attended St. Joseph Elementary and then Immaculata Regional High School. She recalls that when she was attending St. Joe’s, the Sisters of Charity literally taught for free and that the school was funded by bingo nights. It was in the mid 1970’s Premier Bill Bennett finally granted partial funding to the Catholic schools. Chris remembers her grandfather, Louis Casorso, driving her and her siblings to and from school and stopping for treats everyday on the way home.

Chris has fond memories of her time at Immaculata: “Many of my teachers were Sisters of Charity. They were very well educated and always challenged me as a student. They were also affirming of me and helped me to develop leadership skills. I admired their love for teaching, service and care for me, as a student. Father Godderis was our principal. He was young and enthusiastic and deeply cared for all of us students. Father Jim Ratcliffe was our Science teacher. I also had many fine lay teachers, who worked for little pay, as we had no government funding. I enjoyed being a member of the Glee Club and also enjoyed cheering on our sports teams, even though we were too poor, in those days, to have decent uniforms. As we were a young school we had great spirit, had school dances with live bands, pep rallies, movies on Friday afternoons and days off for Holy Days.”

After graduating from Immaculata, Chris went onto University of Victoria to become a teacher. To her, being in university, away from the hard farm work, was like a vacation!

Upon graduation from university, Chris returned to the BC interior to start her first job in a K-12 school in Kaslo. As an eager first year teacher -- and calling on her farm girl work ethic -- she tackled Grade 4, 5, 6, the library, Grade 9 and 10 girls cooking class and also managed to start a school choir. Chris stayed in Kaslo for a second year of teaching and managed to slow down a little bit with her responsibilities. After her second year of teaching, she was on her way home to Kelowna, but was re-routed south through Oliver due to a flood in Rock Creek. She believes it was divine intervention! She liked the feel of the small town of Oliver and stayed long enough to secure a job for the next school year. She would go on to teach at Oliver Elementary, BC’s largest school at the time with enrollment of 800 students. It was in Oliver, in 1975, Chris met Tom Schmidt, the son of her parents’ friends who had moved to Oliver from Kelowna when he was 4. Chris and Tom were married in 1977 at Immaculata Conception Church in Kelowna and went on to have three children: Diane, Denise, and Kevin. In 1981, Tom was transferred to Kelowna with Canada Post.

Like their mother, the Schmidt children all attended St. Joseph Elementary and Immaculata. Chris stayed home with the children and admits it was not always easy to send the children to Catholic school with only one income, but she never regretted the decision. While the kids were busy with school, Chris got involved with the PAC / PSG and helped to raise funds for the schools. She co-ordinated Joey’s lunch program at St. Joe’s for 7 years, helped with lunch supervision, and helped with many community builders like dinners and dances. “It was all about community”, Chris said when she recalled the various events. While busy with the school fundraising, Chris also worked at the family fruit stand for 15 years and offered farm tours to school groups (no charge for the Catholic schools!).

While her children were going through school, Chris started the prayer group: “Parents Who Care” with Barb Shillington. Along with other parents, they prayed together once a week for 25 years!!! This group went onto become the current “Rooted in Faith” prayer group. For 6 years, Chris served as the Education Chair on the Catholic Independent School Council. She also served as the Nelson representative on the BC Catholic School Advisory Board for 5 years along with Bishops, Superintendents, and Principals. These roles provided Chris with a rich perspective about how the schools were operating.

Chris had a reputation for effectively and efficiently “getting the job done”. She recalled once picking up a group of students to take them skating. While at St. Joseph’s, the principal asked Chris in passing what she thought of a Shrove Tuesday lunch. While she was watching the kids skate, she and the other moms at the rink planned the whole Shrove Tuesday lunch. Because Chris was so talented in planning and executing fundraisers, she was often asked to help out. She credits her family for fostering a life of service and felt that the work she did for the schools became her ministry. Chris prided herself on being an inclusive leader and getting the biggest team possible. She never refused a volunteer and was always grateful to those who agreed to help. Her mantras for volunteer work were: Never ask someone to do something she wouldn’t do and be the first person at the event and the last person to leave. She also made sure to form a strong relationship with the custodian and the secretary because the “school doesn’t run without those people”.

In the early 90’s, Chris was approached to be involved with the project of building a new school for Immaculata. She knew she was the fourth person to be asked and she wavered on her decision. She didn’t want to be the fourth to decline, but she knew it would be a huge project and a lot of pressure. She reluctantly took on the role of Fundraiser Coordinator and claims it was “harder than giving birth”. It called on all of her volunteer and board experience to execute the project so successfully. In 1995, the school building was completed!

In the early 2000’s, Chris decided to go back to work as an Education Assistant and filled in at St. Joseph and Immaculata when the need arose. One day in 2006, John Campbell, the principal of Immaculata, asked Chris if she could substitute for the librarian for the following day. Ten years later, Chris was still working in the library!! She split the job with her sister in law, Nadene Casorso and loved the job. According to Chris: “This was a learn as you go job which challenged me to learn new skills, especially with new technology! I really enjoyed getting to know the students from Grade 8 to 12. It was great to watch everyone mature. I also heard some very interesting stories! I also enjoyed working with all of the amazing Immaculata staff and administration. I shared in mg events.”any interesting conversations and felt valued as a staff member.  There is a sense of family and belonging at Immaculata and it continues to be a place where I feel comfortable when attending events. 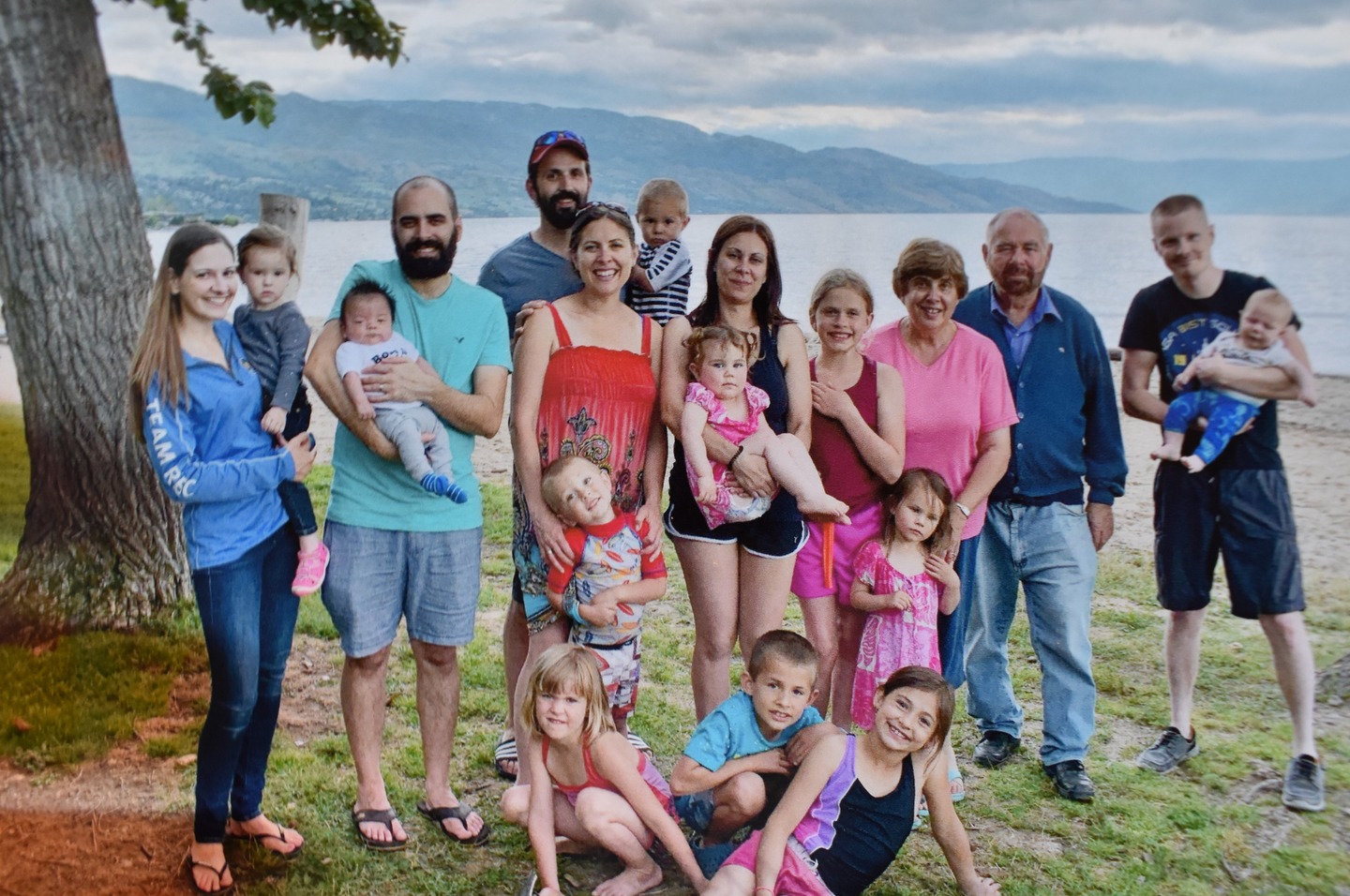 In 2016, Chris retired from Immaculata and    is trying to keep her life simple so that she      can be available to those who need her.
She has recently joined the St. Joseph              School Council as Education Chair. She
loves being near her children and grand-        children and are so proud that they are
all faithful, good people. She enjoys
reading, cooking, canning and of course,          being involved with the church. Looking
back, she believes the keys to building a strong faith include being involved in the church, consistently attending Mass and enjoying a treat and a visit afterwards.

As for that crated bell that helped guide Chris’ great-grandmother to the Okanagan, it now rings at Immaculata Conception Church, welcoming Chris and her family to Mass or a quiet moment of prayer.