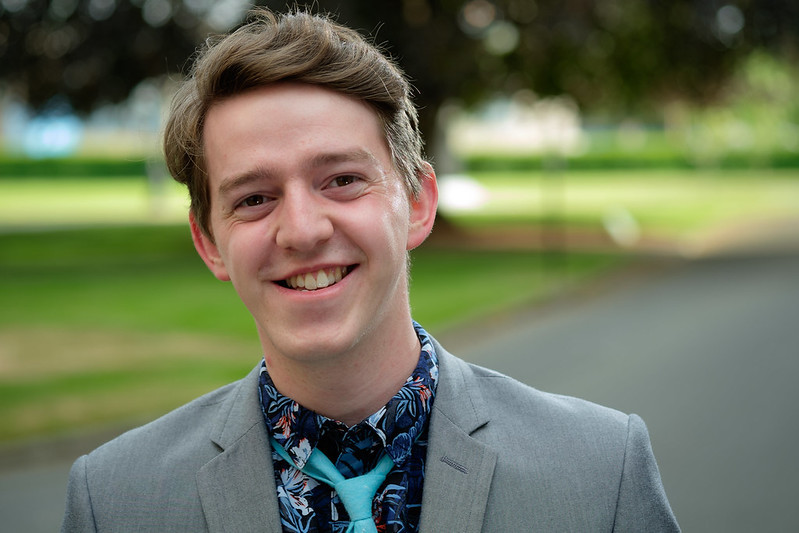 When I graduated from Immaculata in 2011, I knew that I wanted to attend post-secondary education at the University of Victoria, but I had no idea where I would be nine years later. Throughout my time in high school, I volunteered on a number of municipal, provincial, and federal election campaigns, so political science was a natural choice for me. I threw myself into university, taking courses in political science, gender studies, history, and theatre, but always staying involved in politics. The first semester was a big adjustment, but by January, I really felt like I was in a groove. Flash forward to 2015 and I graduated with Distinction with a Bachelor of Arts (BA) in Political Science and took a dream job working with a federal political party as a Deputy Field Organizer in the 2015 election.

In 2016, I had the opportunity to participate in the BC Legislative Internship Program for six months, where I gained experience working in the public service at the Ministry of Advanced Education and for the then Official Opposition. Working with Members of the Legislative Assembly—to advocate for expanded funding for healthcare and education—demonstrated the importance of being involved in politics and the good that can be done in government. After returning to work as a Field Organizer for a federal political party, I made the decision to return to the University of Victoria to pursue my Master of Arts (MA) degree in Political Science, three years after graduating with my BA. During my MA, I had the opportunity to research and write a thesis on a topic close to my heart: the Canadian government’s 2017 apology to LGBTQ2+ communities, with the support of federal research council funding. I also had the chance to co-author a book chapter with a professor, something I could never have imagined doing that first September that I stepped foot on campus.

While working on my master’s degree, it became increasingly clear to me that the law was an important tool to advocate for marginalized communities, and I made the decision to attend law school. Today, I’m living in Ottawa, having just finished my first year of law school at the University of Ottawa. This summer, I’m working as a research assistant for the Equality Project and as a volunteer intern for the Ticket Defence Program, working to represent homeless and street-involved folks against tickets that criminalize poverty.

Had you told me in 2011 that, nine years later, I would be living in the nation’s capital studying law, I probably wouldn’t have believed you. My point is that there is no such thing as a linear path. My advice is to put yourself out there, be true to yourself, apply for opportunities that you don’t think you’re qualified for, don’t be afraid to introduce yourself to a stranger (once it’s safe to do so again), and trust your intuition. There will be ups and downs, and unexpected challenges (e.g. COVID-19), but if you dream big and follow your passion, you can make a difference. I don’t know where I’ll be after law school, but I do know that I’ll be using my skills to advocate for diverse communities and make the world a better place. This pandemic will end, and you will all be part of shaping our new world to be a fairer and more equitable place. I believe that you’ll embrace the challenge with earnestness and determination. Congratulations Class of 2020!